Minister for Finance, Leader of the Government in the Senate 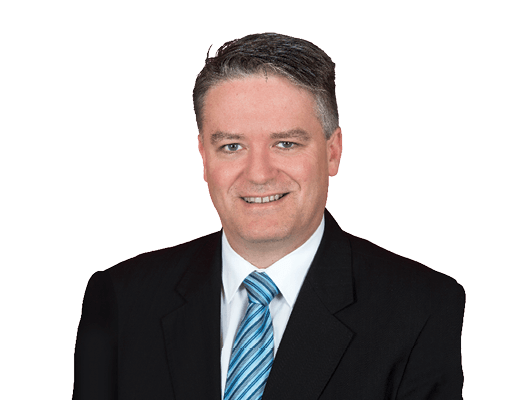 Mathias was appointed Leader of the Government in the Senate on 20 December 2017, having previously served as the Deputy Leader since 20 September 2015.

He has also served as Special Minister of State on a number of occasions between 2015 and 2018.

Mathias has represented the State of Western Australia in the Senate since June 2007.

In Opposition, he held the positions of Shadow Parliamentary Secretary for Health Administration (2008-09), Shadow Minister for Employment Participation, Apprenticeships and Training (2009-10) and Shadow Assistant Treasurer, Shadow Minister for Financial Services and Superannuation (2010-13).

Mathias was born in Belgium and decided to migrate to Australia permanently after first visiting Perth in 1994, attracted by the great lifestyle and opportunities on offer in Western Australia.

Before migrating to Perth, Mathias had graduated in law at the Flemish university of Louvain (Leuven).

He has worked as a Ministerial Chief of Staff to WA State government Ministers, as Senior Adviser to then Western Australian Premier Richard Court and as an Adviser to then Justice and Customs Minister Chris Ellison.

In 2001, realising a childhood dream, Mathias obtained his Private Pilots Licence through the Royal Aero Club of Western Australia.

Mathias is married to Hayley and they have two daughters, Isabelle and Charlotte.