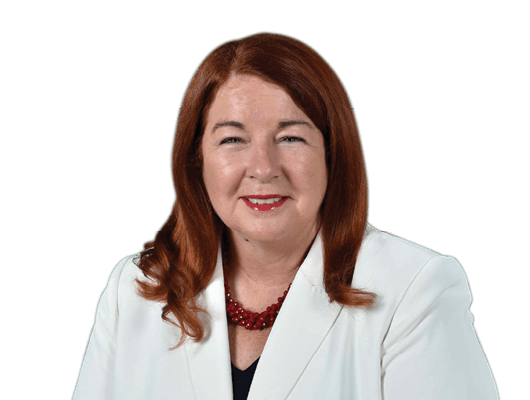 Melissa was born and bred in regional WA and understands the strength and diversity that comes from living in a remote, rural or regional town.

Melissa is a girl from Kalgoorlie-the gold mining town in the Eastern Goldfields of Western Australia.

She left school at the age of 15 as she didn’t think the nuns could teach her anything further. She was wrong, of course, and had to find out the hard way, eventually returning to complete her education, qualifying as a lawyer at the age of 31.

Melissa’s legal career includes working for leading Australian law firm Clayton Utz. She also has more than 20 years’ experience in the private sector, working in the mining and grain industry in a variety of commercial and legal roles, including iron ore company Crosslands Resources, which is owned by Mitsubishi Corporation.

She was also given the opportunity to work in more regionally focused industries, with a legal and then business development role at the CBH Group.

This experience was very valuable for a girl from the Goldfields. An appreciation and understanding of the farming industry is critical in a seat such as Durack, and, although Melissa is no farmer, this experience taught her much about this important industry, including its passion for community and the challenges of running this type of business.

As the former Director of both the Cancer Council (WA) and BrightSpark Foundation, Melissa has also experienced firsthand the valuable contribution that the not-for-profit sector makes to Australia, especially in supporting cancer and child health research.

As proud parents, Melissa and her partner Brad understand the pressures placed on households. Melissa has been widowed and been a single parent, so she understands and has experienced first-hand the hardships that families can face.

At the Federal Election on 7 September 2013, Melissa was elected as the Member for Durack and upon entering Parliament, she joined the Joint Standing Committee on Agriculture and Industry, Indigenous Affairs, and Infrastructure and Communications, and the Joint Select Committee on Northern Australia, to represent the electorate of Durack on a range of important issues.

On 19 December 2017 Melissa was elevated to her first outer ministerial appointment in the role of Assistant Minister for the Environment.

On 28 August 2018 Melissa was sworn in as Minister for the Environment in the Morrison Government.