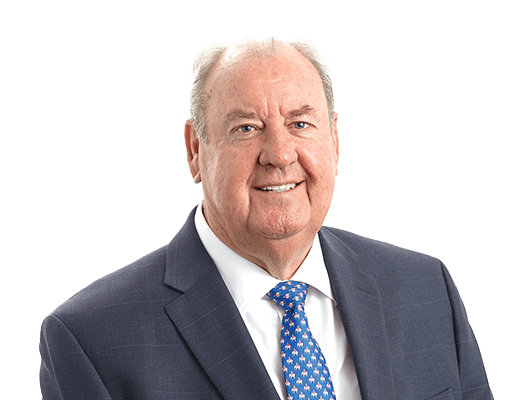 John McGrath MLA is retiring at the 2021 State Election.

Ryan Chorley is the Liberal candidate for South Perth.

As the Member for South Perth since 2005, John McGrath has used his extensive experiences outside of politics to not only talk the talk but also walk the walk when it comes to issues in our community.

As the eldest of six children, John’s father, who was an electrician, always made sure they all worked their hardest and helped each other out. This hard work helped shape John as he went straight from John Curtin Senior High School into the newspaper industry, starting out as a copy boy and later gaining a cadetship in journalism. After his cadetship John rose to become a Senior Journalist, Sports Editor, Racing Editor and Chief Football Writer for The West Australian. During his time at The West he covered major sporting events including the Olympic Games in Barcelona and Sydney, a Commonwealth Games in Auckland and more than a decade’s worth of AFL Grand Finals and Melbourne Cups. John’s passion to observe and report saw him become a highly awarded and valued journalist.

Since his election, John has always ensured that he represents the electorate of South Perth first and foremost, even as he held various portfolios in Opposition, including Racing, Gaming and Liquor; Seniors; Road Safety and Housing & Works. Upon coming into Government, Premier Colin Barnett placed John in the trusted position of Government Whip. Reflecting the hard work and tenacity of his days in the press, John has also been part of the Economics and Industry Standing Committee and chaired a Joint Standing Committee on the Review of Racing and Wagering WA Acts.

As a local living in Como with his wife Karen, John understands the enormous sense of community that exists in the electorate of South Perth. Since his election, he has fought for and secured funding for many important community projects. He continues to work hard for the development of his electorate into the future, with a particular focus on the need for a southbound on-ramp to the Kwinana Freeway at Manning Road, re-instatement of the Coode Street Ferry Service, development of the Canning Bridge precinct to ensure better access to the Canning Bridge Train Station and the provision of a South Perth train station.