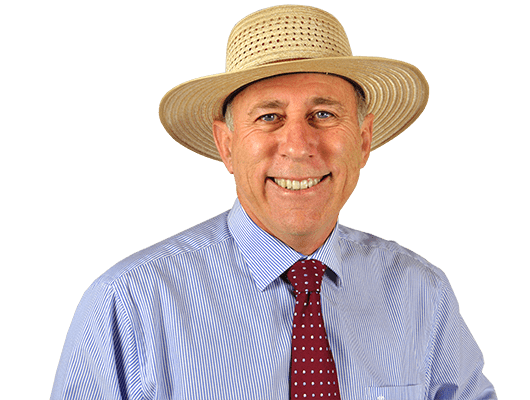 Ken’s background stems from a life spent on pastoral stations in the Gascoyne, where I was raised and spent the majority of my years operating a pastoral business.

Ken served as a Councillor and Deputy President of the Shire of Carnarvon, and also took a 2 year position as President of the Gascoyne Branch of the WA Farmers’ Federation. He has been involved with a number of steering committees and task forces in relation to agriculture and pastoral issues, such as the WA Pastoral Wool Industry Task Force (Member, 1993) the Carnarvon Artesian Basin Advisory Group (Chairman, 1998-2004), the Gascoyne-Murchison Strategy (Board Member, 1999) and the Carnarvon Recreational Fishery Advisory Committee (Chairman, 1998).

When Ken first entered into a political career in 2005, his objective was to improve the economic and social wellbeing of all those living in his electorate. He is proud to acknowledge that the Mining and Pastoral Region has seen some major improvements in these areas. This is particularly true of the period since the Liberal-National Government was elected in 2008. Exciting developments including the Pilbara Cities Initiative and the Ord-East Kimberley Expansion will continue to enhance the quality of living in those parts of the state. Ken will continue to support policy that is beneficial to the people living in the region.