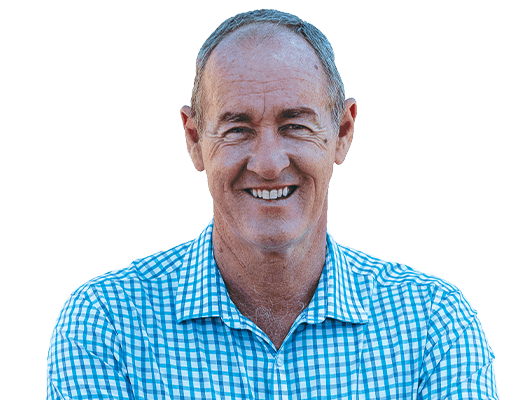 Kyran O’Donnell has lived in Kalgoorlie-Boulder for over thirty years and has raised his family there, with each of his three children attending local schools. His eldest son Kyran (Jnr) is currently employed in the mining industry and lives in Kalgoorlie with his local-born wife Emma and three children of their own.  His youngest son, Taylor, lives in Kalgoorlie and works in the recreation sector, while his daughter, Courtney, is a Senior Associate Solicitor.

Kyran has been a Police Officer for thirty-four years and was awarded the ‘Goldfields Policeman of the Year’ award for his upstanding work in the community, which included sustained engagement with the local aboriginal people.

In addition to being a veteran Police Officer, Kyran has also run a small business in Kalgoorlie-
Boulder since 1996. Not only does he have a comprehensive knowledge of law and order issues, he also has a personal insight into the everyday issues that affect small business owners.

In 2013, Kyran was elected as a Councillor for the City of Kalgoorlie-Boulder, topping the poll.  In his role as a Councillor, he has served on the following Committees:

Kyran has a long and ongoing involvement in local sporting and community organisations, with his commitment to coaching and assisting sporting teams/clubs having resulted in him being awarded four life memberships.

For several years Kyran has been on the Advisory Board of the Rural Clinical School and he also volunteers as a practice patient for student doctors’ exams.

Kyran sees it as vitally important for the Goldfields to diversify its industries so that the community is not reliant solely on the mining sector.  He is looking forward to taking the next step in helping the Goldfields continue to grow and prosper and wants Kalgoorlie-Boulder to be a safe and inclusive community that works together to make the city a great place to live and raise a family.