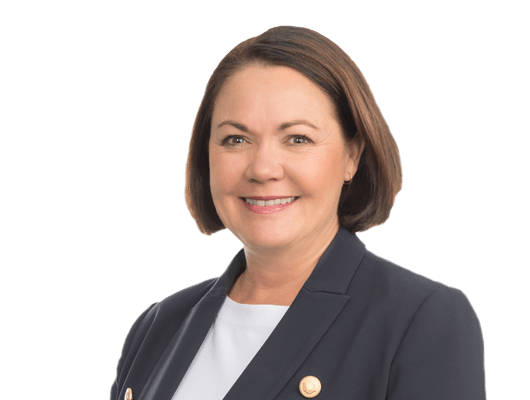 Liza Harvey represents the electorate of Scarborough in the Western Australian Legislative Assembly, having been elected at the 2008 General Election and has subsequently been re-elected in March 2013 and 2017.

Born in Manjimup, Liza is the third of six children and a fifth generation Western Australian. Her father is a surveyor, which meant that Liza and her siblings travelled around the State during their childhood, with the majority of their time spent living in the Pilbara and Kimberley regions. She has lived in Scarborough for the last 20 years and is a small business owner employing over 50 Western Australians.

As a business owner and an active member of her local community, Liza is acutely aware of the importance of a stronger economy, more jobs, law and order and community safety, all of which are of high priority to the people of Western Australia.

Liza was appointed Parliamentary Secretary to the Minister for Finance; Commerce; Small Business in December 2010 and was promoted to the position of Minister for Police and Road Safety in June 2012. She was given the added responsibility of Small Business and Women’s Interests after the March 2013 State Election. The Tourism portfolio replaced Small Business in August 2013, which was later replaced in December 2014 by the Training and Workforce Development portfolio.  In February 2016 Liza was elevated to the position of Deputy Premier.

Liza is mother to Elizabeth and Jack, stepmother to Sarah and grandmother to Riley, Orlando and Poppy.