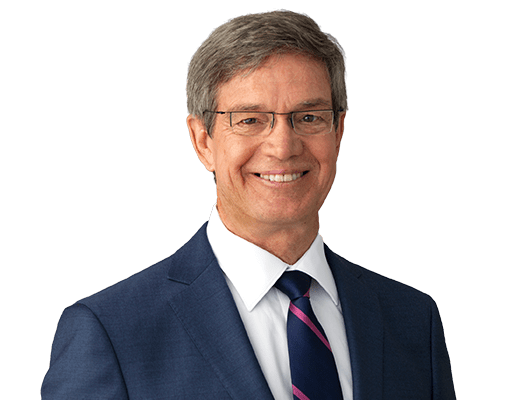 Mike Nahan MLA is retiring at the 2021 State Election.

Anthony Spagnolo is the Liberal candidate for Riverton.

Mike Nahan was the 33rd Leader of the Opposition in the Parliament of Western Australia. He is serving his third term in the Legislative Assembly where he represents the electoral district of Riverton.

Immigrating to Australia in 1978 from the United States of America, Mike arrived in Western Australia in 1982. After working in different roles for a number of organisations, including the World Bank and the Institute of Public Affairs, Mike entered State Parliament in 2008.
Mike holds a PhD in Economics from the Australian Nation University and in 2000 was awarded a Centenary Medal by the Australian Government for his contribution to public policy in Australia.

Mike is married to Dr Nyuk Nahan, originally from Malaysia Nyuk came to Australia on a PhD scholarship to the Australian National University where they first met. She was a professor of law at the University of Western Australia and retired recently. They have two adult children; their daughter holds a Master’s degree from Georgetown University in Washington D.C. and now works for the United States Department of State, their son completed a podiatry degree at the University of Western Australia and works at a practice in Perth.

Raised on a hobby farm in the backblocks of Michigan, Mike was one of 13 children. His parents, who were young during the Great Depression and came of age in World War II; lived the adversity of both tough economic times and war. They raised their children to understand how hard work could achieve prosperity and the collective will of a nation could deliver peace.
After finishing school, Mike made ends meet by working on the family farm, trimming trees as a labourer and starting his own rural trucking business. These early working years gave Mike an affinity with people from all walks of life and a love of nature.

After immigrating to Australia, Mike and Nyuk fell in love with Western Australia and decided to make it their home. They believe moving to Western Australia to raise their children was one of the best decisions they made.

Mike’s journey to Parliament was different from that of most politicians. He had a long and varied career overseas and in Australia, in academia, the public sector, think tanks, in consultancies and in the media as an economics and policy analyst. Mike did not aspire to be a politician, even though his work often brought him into the political sphere.

Mike has spent his life advocating for genuine solutions that will expand opportunity for everyone. And to the role of Leader of the Opposition, he brings that same passion for getting results.

His decision to stand for Parliament in 2008 was based on the belief that after a career in public policy development he had the skills and experience to contribute to government in Western Australia.

For all the opportunities Australia has given Mike and his family, Mike is indebted, in particular to Western Australia. It is his commitment to repay this debt that drives Mike’s contribution as a Member of Parliament.

Mike believes it is the duty of each generation to leave a better future for generations to come and through genuine policy engagement this will be achieved.