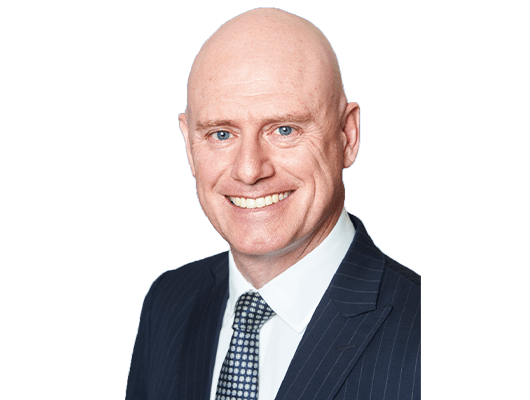 Sean was born in Perth, Western Australia and educated at Aquinas College. He holds a Bachelor’s Degree of Education (teaching economics), a Master’s Degree of Educational Leadership, a Graduate Diploma of Resource Management, and a Graduate Diploma of Management (majoring in Defence Studies). He is also a graduate of the Australian Defence Force Command and Staff College and he has completed post graduate units of study in Economics, Accounting and Corporate Finance at the Curtin Graduate School of Business.

Sean is the Member for the Western Australian Legislative Assembly seat of Churchlands. He was the Minister for Finance; Minister for Mines and Petroleum; and Minister for Small Business in the Barnett-Liberal Government of Western Australia. In Opposition he has held the role of Manager of Opposition Business and the Shadow Minister portfolios of Mines and Petroleum; Economic Development; Defence Issues; Innovation and ICT; Science; Health; Mental Health; Housing; and Racing & Gaming. He is currently the Shadow Treasurer and Shadow Minister for Corrective Services; Emergency Services; and Defence Issues.

For six years prior to entering parliament Sean established and operated a successful leadership and management consulting business in Perth. He also has extensive experience in the Australian Defence Force as an Infantry Army Officer and Regimental Commanding Officer. He completed overseas service as a Lieutenant Colonel with the Australian Battle Group in Afghanistan and he finished his active army career at the rank of Colonel. Sean has also been a senior school Economics teacher and head of an academic department.

Sean knows how to listen carefully, to identify problems, and to take action.

Sean will continue to serve the people of Churchlands with vigour and be a real voice for the community, building on his strong track record of successfully campaigning for local improvements.

Sean and his wife Alyson live locally and are proud parents of two school aged children. He understands the pressures facing families. Sean is passionate about youth development and education and he is keen to continue with his efforts to improve our local schools, sports facilities, playgrounds and family friendly community areas.

Sean has a vibrant vision for the future of the Churchlands electorate area. He is keen to build on his efforts to improve Churchlands so that it continues to be a magnificent place to live, raise a family, run a small business, and retire.

Sean wants to retain the quiet character of the suburbs in which we live, keeping them safe, while energising the commercial areas in which people visit. He wants to continue his work in seeing local schools upgraded with facilities that match the expectations of local residents. He wants to see our local beaches and recreation areas further improved with family friendly amenities, kiosks and cafes while retaining the natural beauty of the surrounding landscape.

Sean wants to ensure that as people reach retirement they feel confident their local area will provide them with excellent public transport, plus health and support services.

Sean is a strong voice in the Parliament, and in the Liberal Party of Western Australia. He will continue to fight for government funding to support our local needs, wants and aspirations.

Sean has worked hard for our local area and here are just some of the local achievements:

While Sean continues to advance many of the topics listed above, he is also pushing ahead with a number of other ongoing projects such as:

Sean remains focused on community service. His Australian Honours and Awards include: