ABOUT THE SIR DAVID BRAND

The Sir David Brand Foundation (SDBF) was established to ensure the Liberal Party of WA continues to prosper and to support Liberal principles and campaigns in perpetuity.

The SDBF is named in honour of the revered statesman of the Liberal Party and of WA. Holding the record for the longest Premiership in Western Australian history, Sir David Brand presided over the State in a time of great prosperity, creating the foundations for wealth in WA and the respect and integrity for the newly formed Party. The Liberal Party of WA is proud to name the Foundation after such a man who inspired many in his time, and we hope will help inspire those who wish to leave something to the Party in their will. 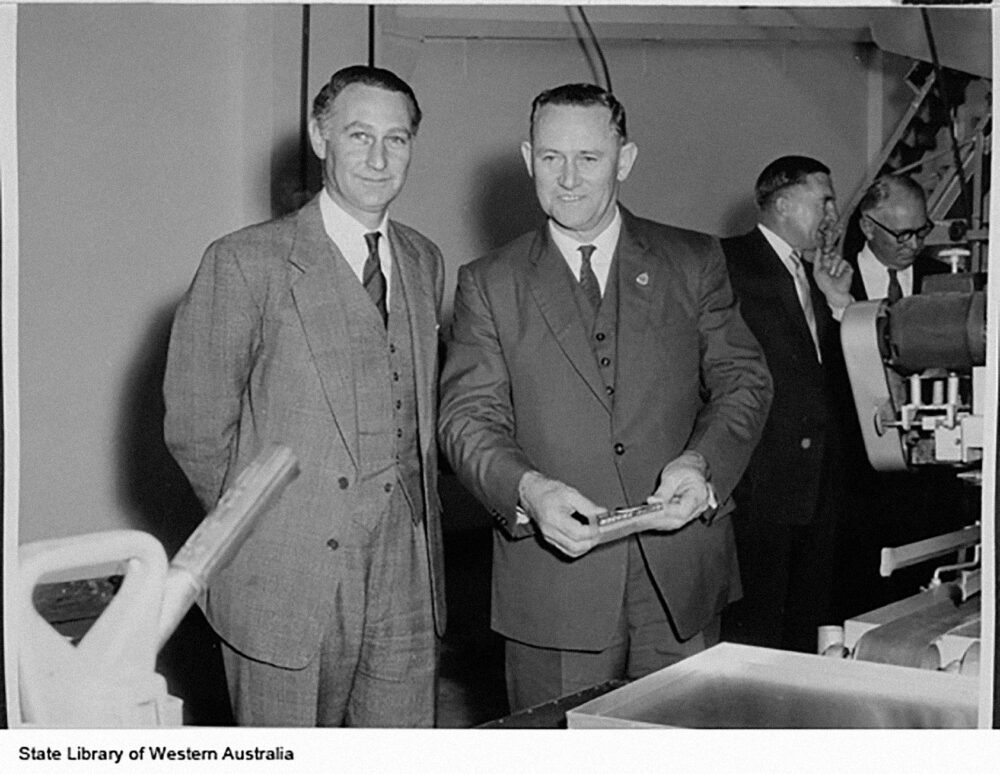 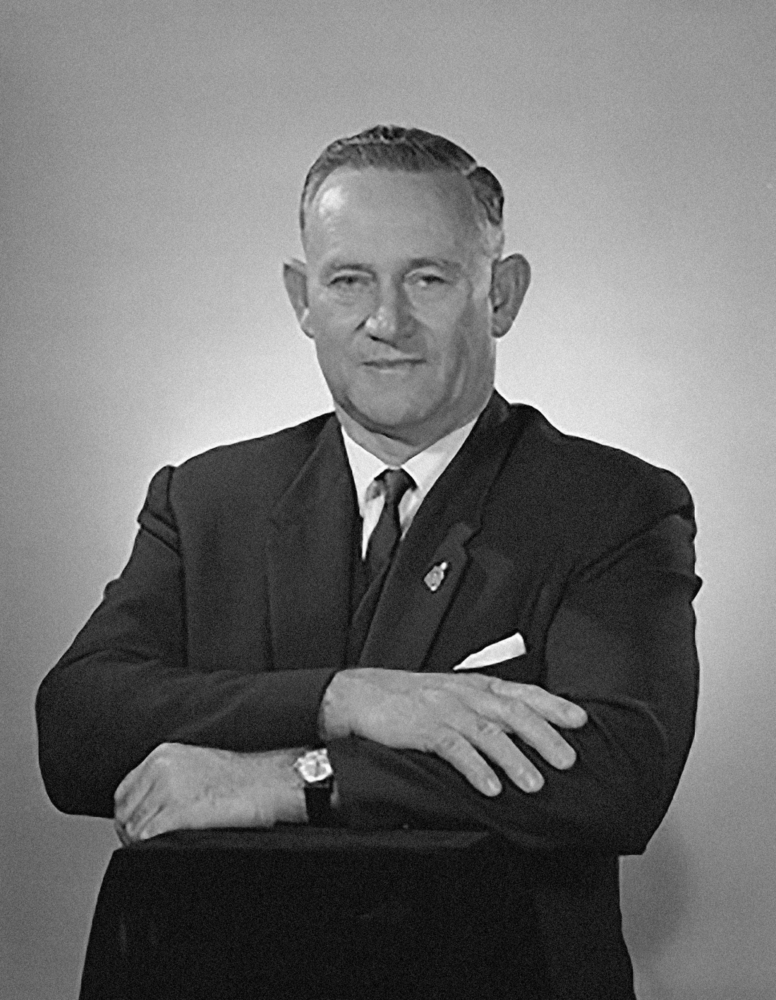 Few names in the Western Australian Liberal Party resonate with as much respect and honour as Sir David Brand.

Born in Dongara in Western Australia’s wheatbelt, Sir David Brand was the son of farming parents and he left school at the age of 14 to help run the family property.

After working on the mines and then enlisting for active service during WWII, he was medically discharged in 1942 due to injury. In 1945, a by-election was held for the seat of Greenough, and Sir David Brand became the first candidate to win a seat for the newly formed Liberal Party.

From 1950 he was the Minister for Works, Water and Housing, securing a deal with the Anglo-Iranian Oil Co. for the establishment of a refinery in the newly formed Kwinana.

Sir David Brand became the Premier of WA in 1959, as well as Treasurer, and held both positions until March 1971. He was also awarded the Knighthood of St Michael and St George in 1969. Following his death, he was remembered as a man of the people. A ‘doer’ and a visionary for the State, he held the position of Premier for 11 years, 11 months and 1 day. This remains the longest period of any Premier to this day.

Family, loved ones and friends are most important in our lives and leaving money can take numerous forms. Whether it be property, cash or shares, the Sir David Brand Foundation accepts any bequests after the most important people in your life are looked after

If you would like to have a confidential conversation about leaving a bequest or would like to arrange a home appointment, please contact Chairman of the Sir David Brand Foundation, Mr Julian Burt on (08) 6436 3300 or bequest@waliberal.org.au. Your enquiries are in no way binding and will be treated in the strictest confidence. 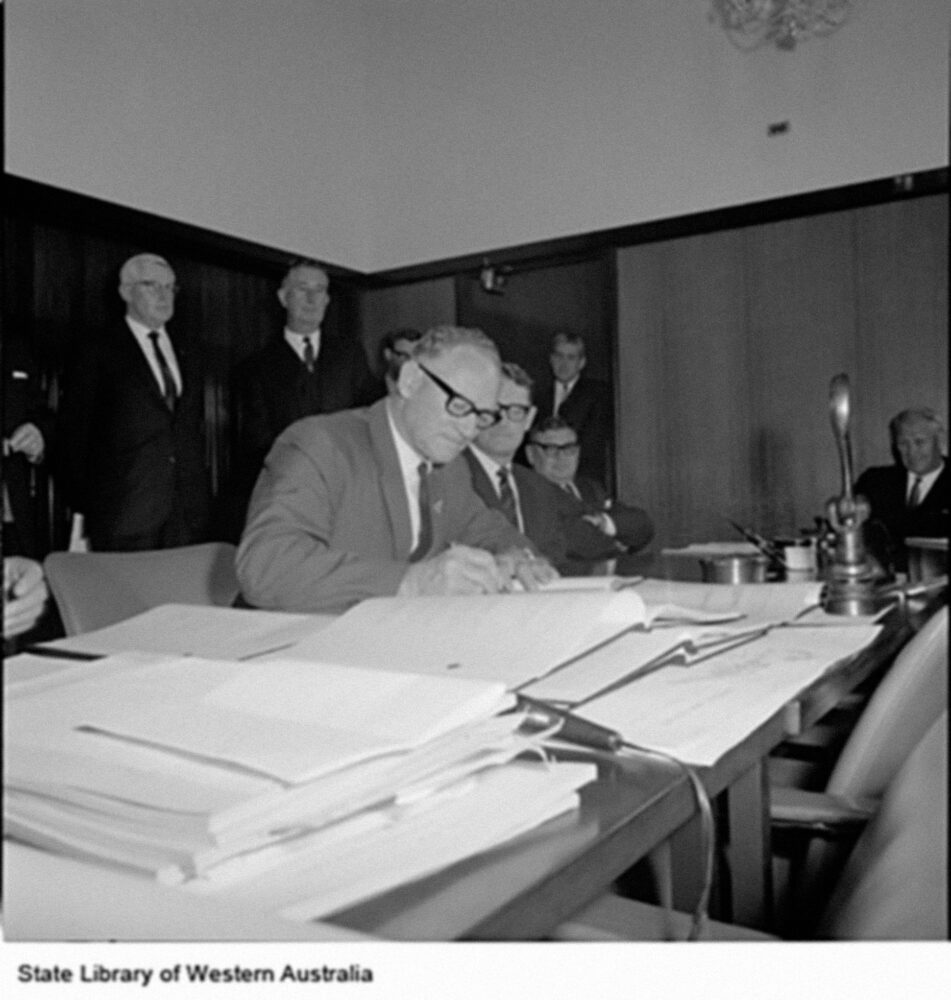 TO THE SIR DAVID GRAND FOUNDATION

Leaving a bequest to the Sir David Brand Foundation can work towards preserving the ideals that you care about.
The Western Australian Division of the Liberal Party formally began on 12th January 1945. Over 75 years later the Party we experience today has been shaped by our founders, our Liberal values and beliefs and the generosity of membership and supporters.
The future of the Party is dependent on income from membership and supporters. Large donations like bequests can help secure the future of the Party.
Your support is vital, so we ask you to stand beside us and ensure that the way of life we value remains for us and for the future.

How your bequest helps

Leaving a gift in your will to the Foundation is one of the best ways to support the work of the Liberal Party of WA. Leaving a bequest enables you to continue to influence the political system long after you are gone and make a difference in the world of politics.

The Foundation’s preference is for bequests which do not restrict the use of assets or monies, to provide us with the flexibility to meet our greatest needs as they change over time.
Your gift will stay in WA and provide funding security to the Liberal Party of Australia, WA Division and make a difference for many years to come, in areas such as:

• Fund every aspect of the running of the Headquarters of the Liberal Party of WA based at Parliament Place.

• Protect the long term future of the Liberal Party and build
a capital base.

• Support capital works and building projects that are owned by the Liberal Party HQ, Parliament Place.

• Supporting campaigns for State and Federal elections to ensure we win and continue to win elections.

All monies are held in trust, accounted for in annual reporting, and used only in accordance with the Foundation’s policy and within the requirements of the applicable federal legislation, and are administered according to the relevant trust deed. 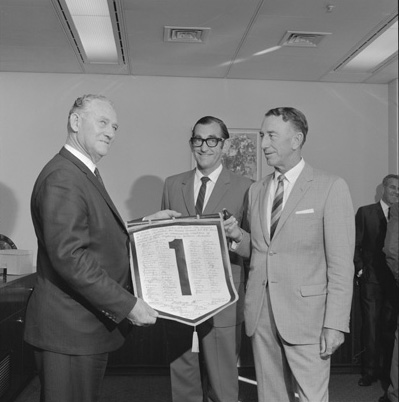 “Sir David Brand’s legacy as Premier was in forming the strong economic and social base that Western Australians have enjoyed for over 60 years.”

“Service to others and his contribution to public life were qualities that made Sir David Brand a truly unique Western Australian.”