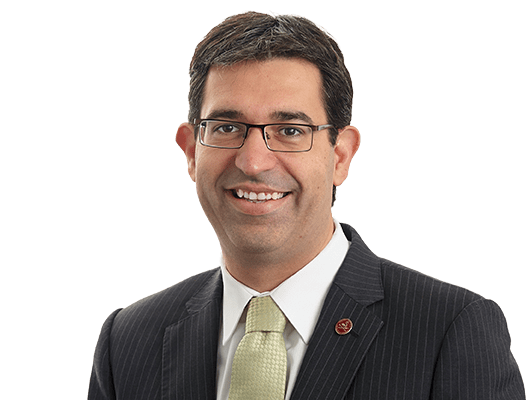 Hon Nick Goiran MLC was elected in 2008 to the 38th Parliament of Western Australia as the Member for the South Metropolitan Region.  His term in the Legislative Council commenced on 22 May 2009.  He has since been re-elected in 2013 and 2017.

Nick completed a double Bachelor Degree in Law and Commerce (including a double major in Banking and Finance) at Murdoch University and after graduating was admitted as a Barrister and Solicitor of the Supreme Court of Western Australia in December 2000. He worked as a Solicitor and quickly became an Equity Partner some 18 months later.  In 2007, Nick sold his equity in the firm before joining CLP Legal as a Consultant.

In his Inaugural Speech delivered on 3 June 2009, Nick noted that “…as a young adult I had not had much interest in entering politics.  However… I have been inspired to retire at a young age from the legal profession and commence a new season in my life as a Member of Parliament.” Nick was inspired to make the transition into politics because he saw an opportunity to positively affect the legislation he had spent years working with.

Nick is currently the Shadow Minister for Child Protection; Prevention of Family and Domestic Violence which sees him work in two portfolio areas close to his heart.  He is a former Parliamentary Secretary for Mental Health and Child Protection.
Nick has served on many parliamentary committees, including two 4 year terms as the Chairman of the Joint Standing Committee on the Corruption and Crime Commission, which is tasked with monitoring and reporting to Parliament on the exercise of the functions of both the Commission and the Parliamentary Inspector of the Commission.  Now, in the 40th Parliament he continues to add to this service as Deputy Chair of the Standing Committee on Legislation, which considers and reports to the Parliament on any Bill referred by the Council.

Since 2013 Nick has been the Chairman of GOPAC Australia. GOPAC is the Global Organisation of Parliamentarians Against Corruption. In addition, he continues to serve as the co-convenor of the Parliamentary Friends of Palliative Care.

Nick is a dedicated husband and father. He is continually intentional in ensuring his family holds its rightful place in his priorities. Having lived in the South Metropolitan Region for most of his life, Nick has a tremendous amount of local knowledge. He understands the challenges and opportunities that face the region and continues to work to ensure progress is made to benefit the Region.

Nick is a known conservative, who upholds that governments and society should ensure that laws and policies protect human life from conception until natural death, and that lifelong marriage between a man and a woman guarantees children their biological birthright of a mother and a father which has a proven track record of providing them with protection, education, welfare, support and nurture.  He believes that these conservative values are the guiding principles of our civilisation and the cornerstone of good governance.