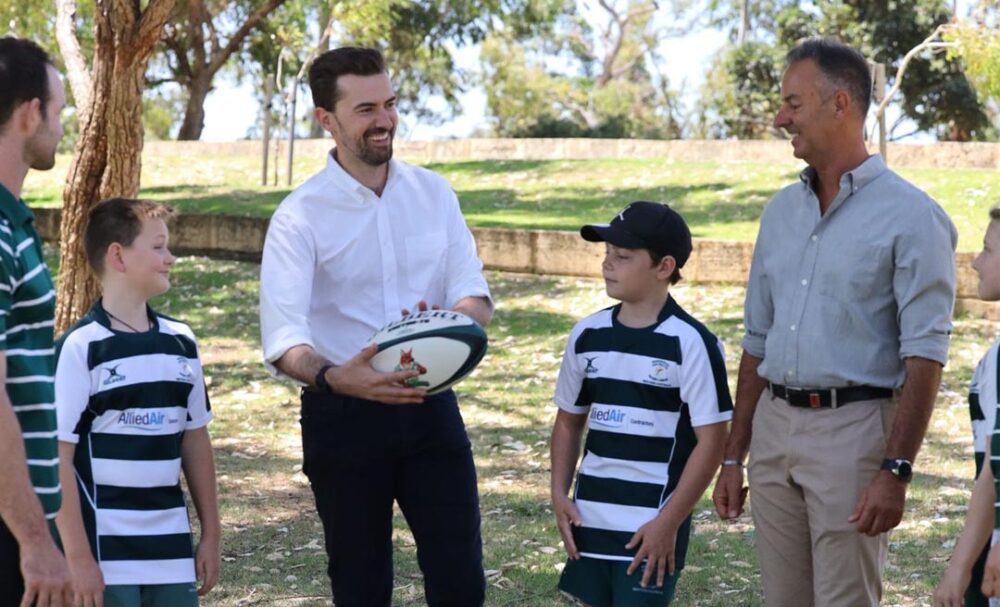 “Wanneroo is a proud family club that includes players from a diverse range of backgrounds and teams for juniors, seniors, females and ‘Golden Oldies’,” Mr Kirkup said.

“Sporting clubs strengthen our community by bringing local people together and boosting their social, physical and mental wellbeing. Wanneroo Rugby Union Club embodies this with its welcoming, inclusive approach, making it a key part of the local community.

“The WA Liberals and our candidate for Landsdale, Brett Raponi, are proud to support the club by committing $2 million for an upgrade to clubrooms, including facilities to better accommodate female players, after visiting and discussing this with them last year.”

Liberal candidate for Landsdale Brett Raponi said that with one of the largest junior playing memberships in Perth and year-round engagement, the club made a significant contribution to the community.

“At a time when screens are playing a bigger part in everyone’s lives, it is important that we continue encouraging involvement in sport and outdoor activities,” Mr Raponi said.

“The Wanneroo Rugby Union Club plays an active role promoting the benefits of physical activity and has seen numerous juniors progress through the ranks to play in its senior teams and become long-term members.

“From the traditional rugby season during winter through to a summer Touch Rugby competition, club members utilise the club’s facilities right across the year, so it is very exciting that we have been able to confirm this commitment.”