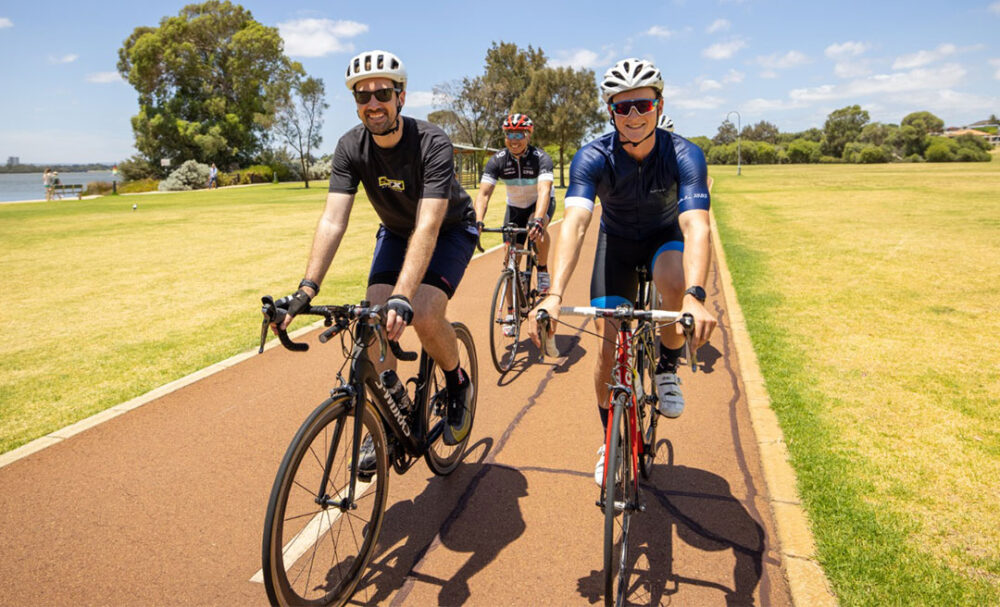 Zak Kirkup and the WA Liberals have committed $81.3 million to a comprehensive plan supporting the rapid growth of cycling across Western Australia as a form of transport, recreation, tourism and fitness.

“Cycling is a great activity for families and friends to enjoy together and the Liberals are committed to supporting and investing in this initiative to create a safer, smarter today for a better, brighter tomorrow,” Liberal leader Zak Kirkup said.

“WA is the number one State for cycling per capita, with 400,000 West Australians riding a bike each week.

“The past year has seen an even bigger uptake in the number of people cycling with a survey between April and June last year finding an extra 77,000 West Australians were riding bikes compared to the same time the previous year.

“The Liberal Party recognises a comprehensive cycling plan is important to support this growth by enhancing cycling paths, adding new cycling tourism attractions, and investing in bike training for primary school students to keep them safe.

“At a time when screens are playing a bigger part in our lives, we should be smarter and  encourage kids and their families to be involved in outdoor activities. We have a plan for safe and connected cycle paths to keep us fit and healthy and, most importantly, together.

“We know this increase in cycling activity will also generate employment growth that will contribute to our goal of creating 200,000 new jobs over the next five years.”

“The Liberals believe cycling is a vital part of our State’s transport network and we won’t just be focussing on rail,” Ms Mettam said.

“We want to give people the choice to use public transport, roads or cleaner and greener transport options like cycling and walking as we plan for future generations of commuters in WA.

“The Liberals’ cycling plan will include an additional $30 million to funds already committed towards the PSP network that runs along the Mitchell and Kwinana Freeways and the Midland and Fremantle train lines and we will be expanding this network further by targeting key initiatives in both the metropolitan and regional areas.

“A further $500,000 will be spent on undertaking planning for the Veloway Connector as well as a shared path around the Peel-Harvey estuary.”

Shadow Minister for Tourism Alyssa Hayden welcomed the announcement as a boost for WA tourism, with mountain biking one of the state’s fastest growing recreational sport and tourism activities.

“According to Westcycle, more than 100,000 mountain bikes are purchased every year in

“We can support this thriving industry by developing WA as a world-class mountain bike destination with designated tracks and trails that will encourage tourists to explore our beautiful state and support our small businesses across WA.”

Shadow Minister for Education and Training Donna Faragher said the $6 million commitment to enhancing cycling skills for primary school students was an exciting initiative that would help improve bike education and safety outcomes.

“Doubling funding for the ‘Your Move’ school program and ‘Connecting Schools’ grant program will teach more students about the importance of cycling safety, while also encouraging them to pursue a healthy, active lifestyle,” Mrs Faragher said.