The ambulance ramping crisis is now also becoming a major issue in country areas with ambulances ramped for a record 126 hours outside our regional hospitals last month.

Shadow Health Minister Libby Mettam said ambulance ramping used to be predominantly a metropolitan issue but regional hospitals were now also reporting an alarming increase in the number of ambulances ramped outside.

“In May, 2017, ambulances were ramped for a total of seven hours outside regional hospitals but that figure has now escalated to 126 hours in May, 2021,” Ms Mettam said.

“We have seen a shocking upward trend in this problem since the McGowan Labor Government was elected and no real solutions to help solve it.
“Unfortunately, it’s the patients in the back of those ambulances that are paying the price as they wait hours on end, often in serious pain, for our overstretched hospitals to be able to admit them.

“It also means our often limited country ambulance services are required to wait with them, meaning they can’t respond to other emergencies in the area.”

Bunbury Regional Hospital recorded the highest spike with ambulances ramped for a total of 98 hours last month compared with just four hours in May 2017. “Ambulance ramping occurs when hospitals are so busy they can’t receive the patients or don’t have any beds available and is often a good indicator of how well the system is operating.

“No matter how the McGowan Government tries to spin this, for our regional hospitals to now be reporting these huge spikes in ambulance ramping is irrefutable evidence that our health system is clearly in crisis.”

Ms Mettam said research shows a patient who arrives at an access-blocked Emergency Department has a 10 per cent greater chance of dying compared to someone who arrives at an ED that is not*.
“Unfortunately, this is a problem across the board in our State with ambulances ramped for 3669 hours in our metropolitan hospitals last month as well,” Ms Mettam said.

“When he was in Opposition, Roger Cook claimed ambulances ramped for 1030 hours was a ‘massive failure’ but now he says ‘the world was a different place back then’ – I challenge the Minister to explain that to those sitting in the back of ambulances for hours on end.

“These statistics are actually people, with families, who are waiting for medical help in a State that is in a financial position to provide much better services and facilities but is consistently failing them.

“I implore the Health Minister to step up, stop making excuses and resource our hospitals properly.” 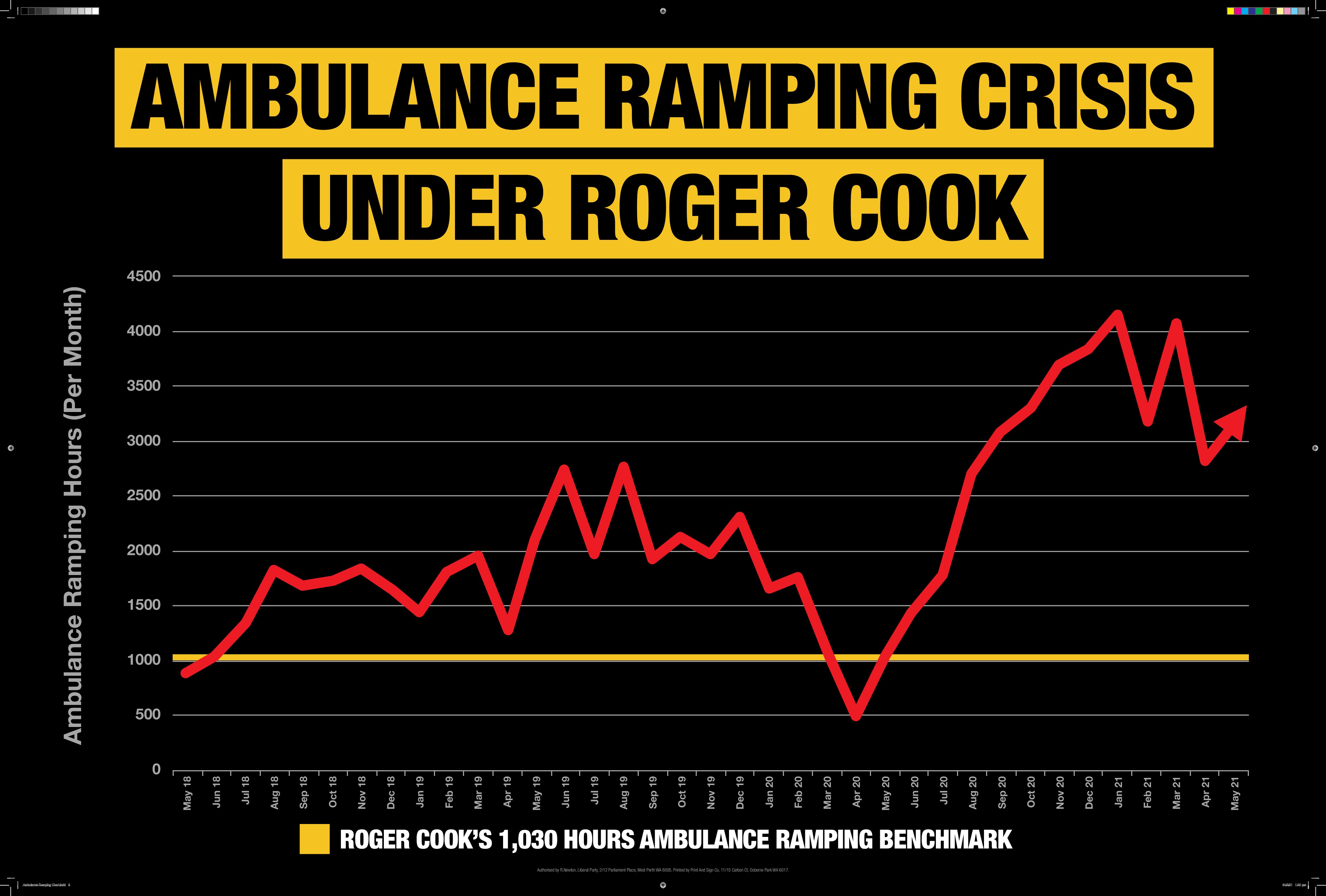