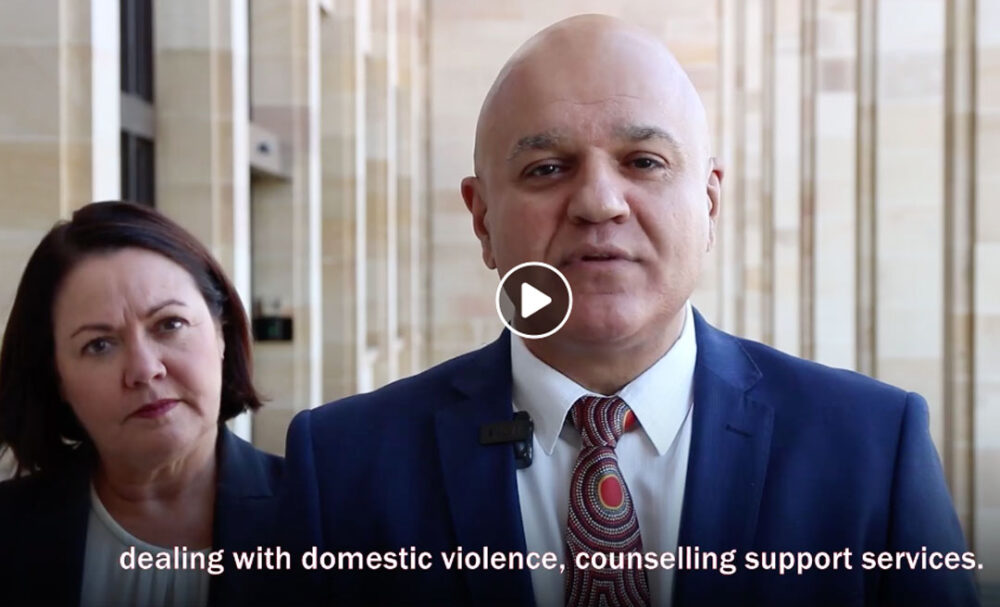 “Family and domestic violence is a scourge on the community and is sky-rocketing during the COVID-19 pandemic, so it is appalling that the McGowan Labor Government refuses to fund it accordingly,” Mr Krsticevic said.

“The McGowan Government’s stance on this issue is further proof that the Premier and Treasurer are more interested in running a Budget surplus – even at the expense of some of the most vulnerable people in our community.

“People’s lives are at stake. The Government’s funding of these critical services is completely inadequate. They need to fix this urgently and increase the funding.

“More than 1200 vulnerable people will be directly affected and will no longer have access to the support they need from July 1. Eighteen service providers across metropolitan Perth and regional and remote WA are completely gobsmacked by this decision.

“The McGowan Labor Government recently extended contracts to these providers for three more years, with no material increase in funding. It shows they are not committed to stopping domestic and family violence in households throughout Western Australia. The government’s lack of funding is going to have a devastating effect on the lives of vulnerable women and children.

“The numbers are mind-blowing. From July 1, which is next Wednesday, more than 1200 people will be unable to access vital services. And that does not take into account the significant number of victims on waiting lists who will no longer have access to support.

“There has been a spike in cases of domestic violence during the COVID-19 pandemic and the forecast increase in numbers in the next year is predicted to hit 17 per cent, so the number of victims now unable to gain access to support will be even higher.

“The McGowan Labor Government is also burdening our under-resourced and overworked police force, who do such a fantastic job in dealing with domestic violence cases. A number of police stations will receive significantly less support from community service providers for one-on-one support to victims. Many of these services are in high demand areas.”