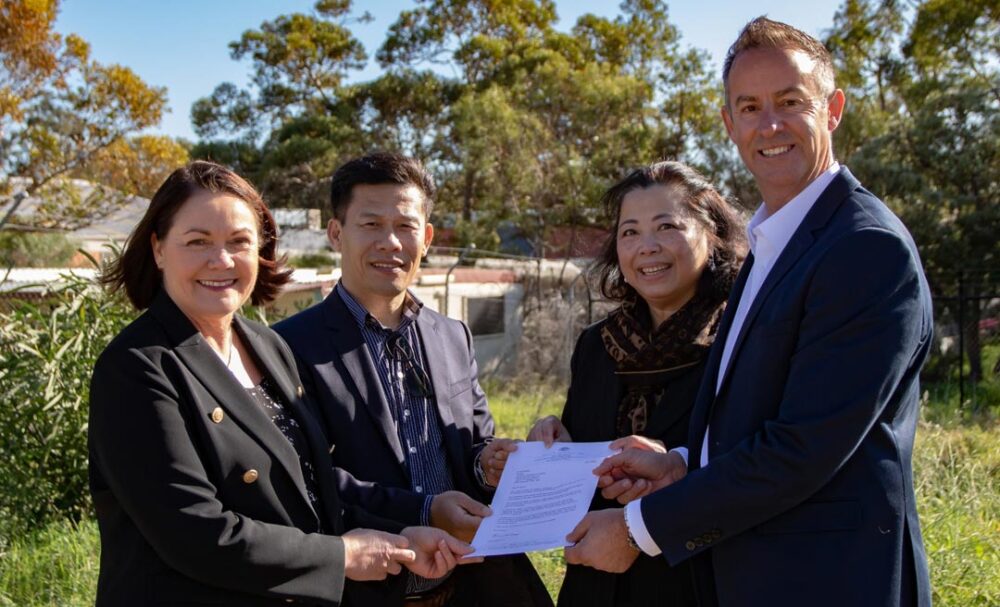 The Liberal Party will grant 1.5 hectares of Crown Reserve land to the Vietnamese Community of WA to build a cultural centre in Girrawheen if elected at the next State election in March.

The cultural centre would be built on surplus land at Girrawheen Senior High School.

The land would be transferred at no cost with a long-term lease on a peppercorn rent.

The Federal Government supports the plan and has committed $750,000 towards the centre’s construction.

Liberal leader Liza Harvey said it would be a major boost for the Vietnamese Community in Australia – WA Chapter, which was established in 1978 and had made a significant contribution to the State.

“It is a not-for-profit organisation that provides critical services for its community,” Ms Harvey said.

“More than 21,000 West Australians have Vietnamese ancestry. The Vietnamese community have made a significant contribution to Western Australia since first arriving as refugees in 1978.

“The WA chapter supports Vietnamese families, showing them how to successfully integrate into the West Australian way of living.

“About 8 per cent of people living in Girrawheen have one or both parents born in Vietnam and surrounding suburbs also have a high percentage of people with Vietnamese ancestry, including 9 per cent in Marangaroo and 6.7 per cent in Alexander Heights.

“The cultural centre would provide important infrastructure for the Vietnamese community, enabling them to preserve and share their culture and history, and celebrate their profound contributions to our State with major events like the Tet Festival, Lantern Festival and Trung Sisters Commemoration.”