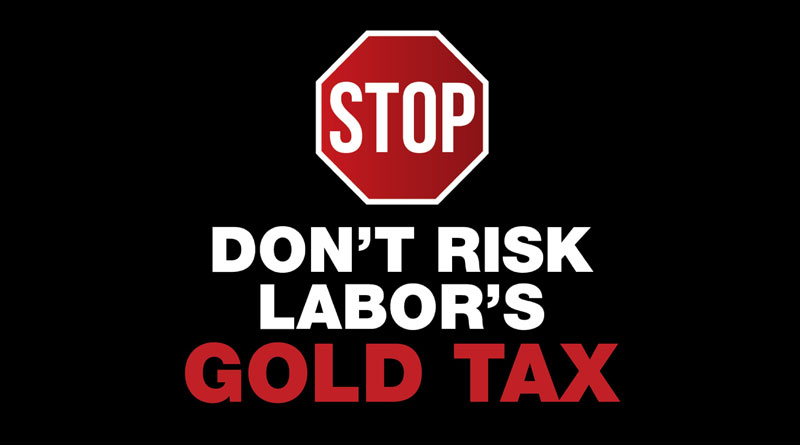 WA Liberal leader, Zak Kirkup has guaranteed the Goldfields community the WA Liberal Party will continue to fight for the region’s multi-million dollar gold industry and will do everything in its power to stop the mining tax Labor has already tried to introduce twice.

“The Liberals know that the gold industry is the lifeblood of the Goldfields and we will always have its back,” Mr Kirkup said in a visit to Kalgoorlie on Sunday.

“Over the past four years the Liberals stopped Labor’s jobs-killing gold tax, which they tried to introduce not once, but twice.

“Our local member for Kalgoorlie Kyran O’Donnell is a strong advocate for the Goldfields and played an integral role in stopping Labor’s mining tax.

“The election is only 20 days away and Labor have no plans and no vision for the future of Western Australia.

“Their only plan is for total control. They want absolute power. If they get control of the Legislative Council it will mean there will be no checks and balances.

“If Labor gain total control that is a scary proposition for all of Western Australia.

Mr O’Donnell said Labor had a history of breaking promises.

“Labor promised no new taxes or increases to existing taxes,” he said.

“The Premier abandoned his support of the gold industry and broke an election promise when he tried to introduce his gold tax – not once, but twice.

“A gold tax would destroy jobs and force mine closures. It would also have a devastating effect on more than 1000 businesses linked to the WA gold sector.