Liberals fighting for horticulturalists and jobs in North Wanneroo 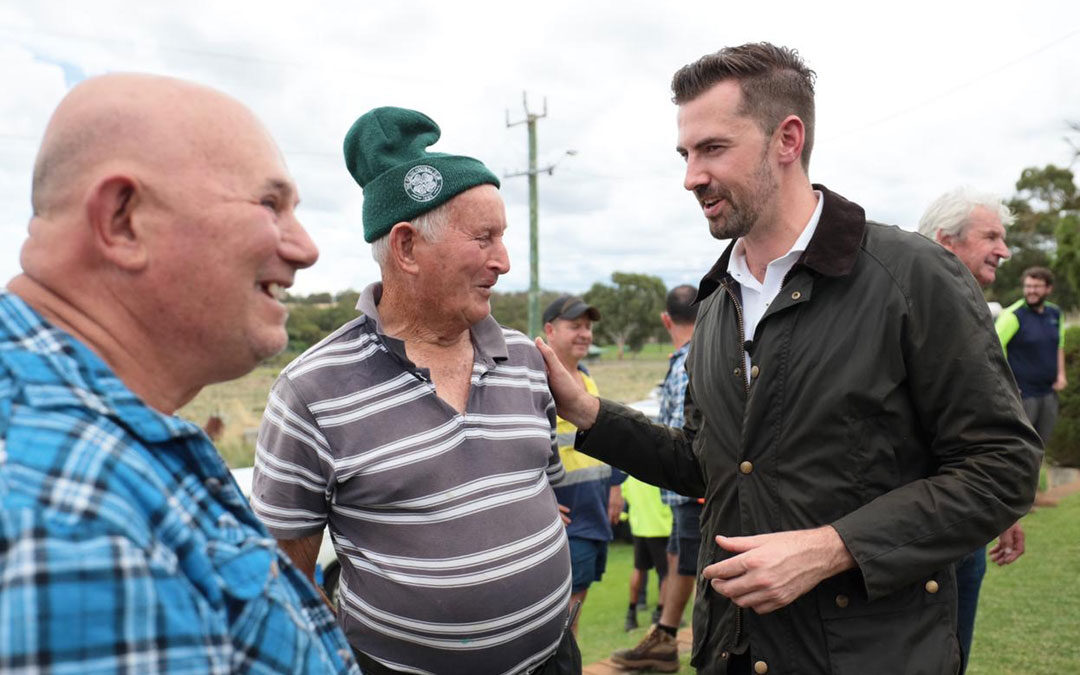 Zak Kirkup and the WA Liberals are fighting for local horticulturalists and jobs, unveiling an $85 million expansion plan of the North Wanneroo horticulture precinct with a new 20GL water treatment facility for irrigation.

“This horticulture precinct is critical to the West Australian economy,” said Mr Kirkup, the Liberal leader.

“The precinct has been valued at around $50 million per year and produces about 30 per cent of Perth’s horticultural food.

“That is why we are fighting for all these horticulturalists. The Liberals want to stop Labor’s mean-spirited 10 per cent cuts to water allocations for these small businesses in the North Wanneroo area, which has been brought about because Labor have refused to invest in water infrastructure.

“This is another example of why Western Australia needs a strong Opposition – to hold Labor to account when they make bad decisions.

“Labor want absolute power. They want to total control of parliament. They want to run their own agenda, with nothing stopping them.

“The Liberals will put a stop to this attack on horticulturists, which will make local businesses unprofitable and result in local job losses. We will continue to stand up and fight for local communities and their key local issues.”

“There is simply no justification to support the Labor Party plan to cut water supply to horticulturalists growers by 10 per cent,” Dr Honey said.

“We know if that happens it will cripple farmers in the North Wanneroo horticulture precinct. They won’t be able to make a profit.

“We should be increasing the supply of low-cost water to horticulturalists so they can grow, create more jobs and create more wealth for the state.

“We will consult with the local community, landholders, industry and other stakeholders in the development of a new 500ha irrigated area in North Wanneroo, including the establishment of 100ha for greenhouses.

“Our plan will bring safe, clean, treated and cheaper wastewater for horticulturalists so they can increase their production.