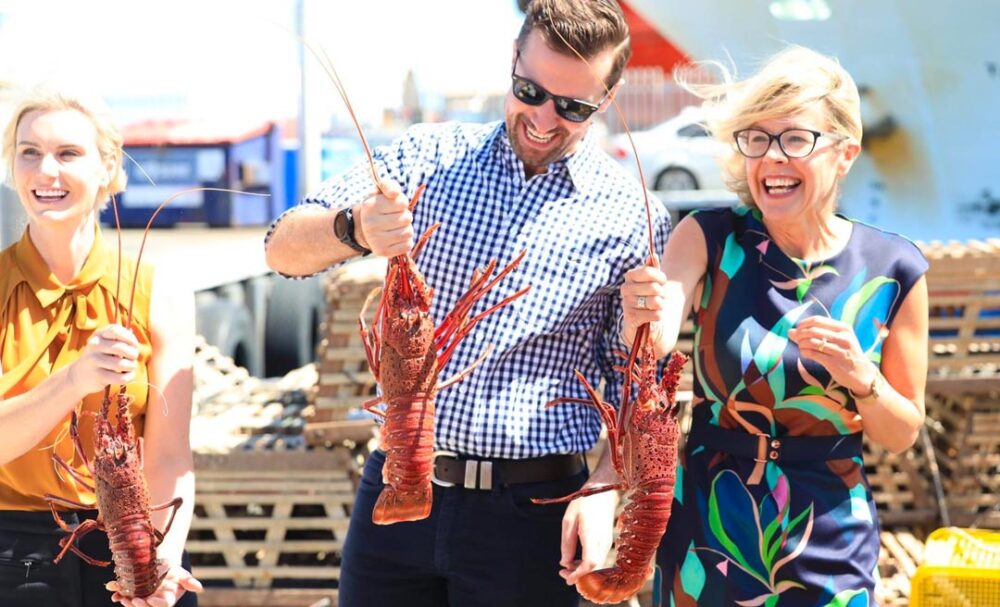 Zak Kirkup has announced the Liberals will invest more than $38 million diversifying, expanding and developing the commercial fishing sector, if elected, to help future-proof the industry.

The plan includes $10 million to identify new markets and grow existing ones, $15 million to establish a state-of-the art aquaculture centre and $13 million for research and development. Mr Kirkup, the Liberal leader, said the party was committed to working with the commercial fishing industry to diversify the export market and make stock more accessible to local buyers.

“The Western Rock Lobster industry makes up 65% of the value of the commercial fisheries industry and in the past year we have seen a lot of change and uncertainty in the way the export market has been able to operate,” Mr Kirkup said.

“With COVID-19 and other factors changing the way in which we trade, the diversification and establishment of new export markets has never been more important to the long-term viability of the sector.”

“This will give West Australian buyers more opportunity to enjoy our local produce as part of our plan to create a safer, smarter today for a better, brighter tomorrow,” he said.

“This is part of our plan to create 200,000 new jobs for West Australians, the number of jobs the Australian Bureau of Statistics and Treasury data says we need for WA businesses and our economy to fully recover.”

Shadow Fisheries Minister Libby Mettam said the Liberals would also invest heavily in innovation and research to grow the commercial fisheries industry which contributes $1 billion in direct and indirect benefits to the state.

“This is an exciting industry with plenty of potential for growth, particularly in aquaculture, which is why our commitment to research, development and innovation in both existing and new markets is crucial,” Ms Mettam said.

“Aquaculture is emerging as the world’s fastest-growing food production sector and Western Australia has a competitive advantage in producing high value species along our vast coastline, which is why we will commit $24 million towards this sector.

“Not only will we get on with building a $15 million state-of-the-art aquaculture research centre in Two Rocks, we will also spend $5 million facilitating investment in aquaculture zones identified by industry and $4 million for research projects.

“Both commercial and recreational fishers in the Gascoyne and Pilbara region have told me that shark depredation, also known as shark bite-off, is one of the biggest issues facing the industry,” Ms Mettam said.

“We will work with local fishers in the region and commercial fishers from the Southern Shark fishery to look at expanding the fishery or other opportunities to try and address this growing issue.

“We will also assure the industry we respect their investment in the sector and will secure it from unwarranted government moves to undermine their long-term security.”