Restoring the balance: The Liberals plan for a fairer planning system 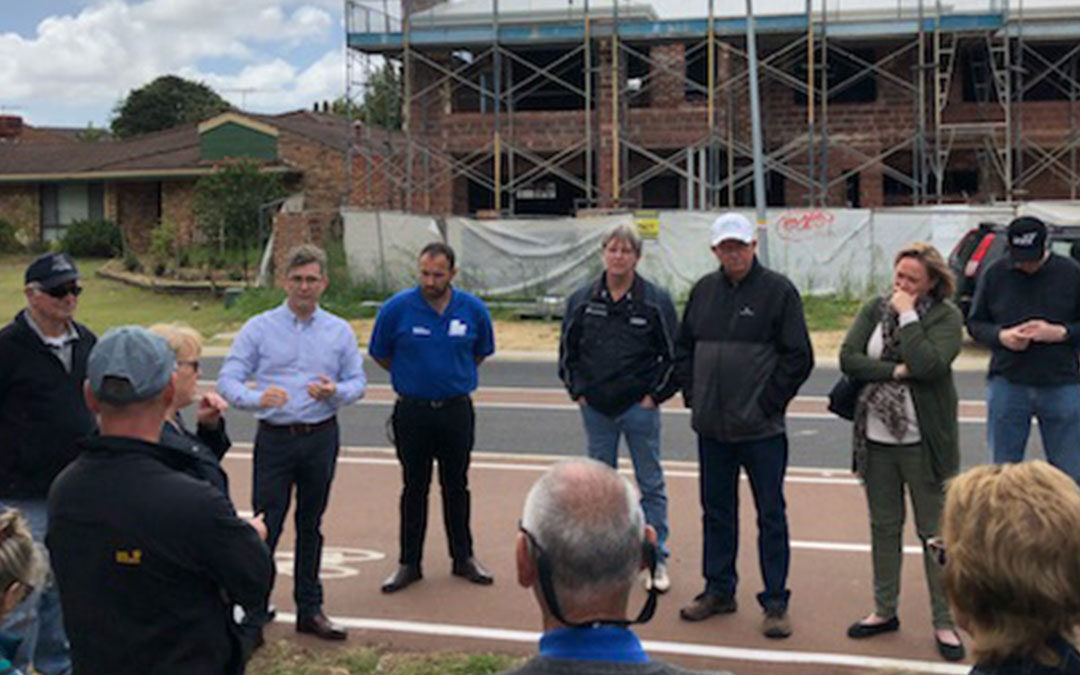 The WA Liberal Party believes that the planning and development system needs an overhaul to work for the entire community.

This policy is designed to drive a cultural improvement in the way that members of the community are treated within the planning system and by planning authorities.

Minister Saffioti has changed the character of established communities at the stroke of a pen through direct intervention in Local Planning Schemes. She has turned a blind eye to inappropriate scatter gun infill developments in the suburbs. The Premier has derided opponents of inappropriate infill as NIMBYs.

We urgently need to restore public trust in our planning system which has generally served Western Australia very well.

We can accommodate a growing population and achieve our full economic potential while respecting community perspectives about policies that affect their homes, families and immediate neighbourhoods.

The Liberal Party has a five-point plan for respecting communities and restoring balance in WA’s planning system to make sure that it is fair, transparent and works in our long term interest.

A Liberal Government will:

It is important that Western Australia’s planning system is of the highest integrity and retains the confidence of all participants. This should go without saying.

Unfortunately, we have seen that corruption exists within the Western Australian public sector, and that this corruption can go undetected for extended periods of time. It would be naïve to think that these problems do not potentially lurk within our planning system and authorities.

A WA Liberal Government will launch an immediate governance audit of all integrity risks embedded within the WA Planning System and focus specifically on vulnerabilities at all levels of decision-making through every relevant approving and development agency including: local government authorities, development assessment panels, the Western Australian Planning Commission (WAPC) and Development WA.

A WA Liberal Government will publicly release the findings of the audit and act on recommendations.

2. Establish an independent Office of the Planning Ombudsman

A $3.8 million Office of the Planning Ombudsman will fulfil a much-needed oversight function presently lacking in the planning system and will be empowered to investigate complaints about the conduct and decisions of planning authorities, as well as to act on own motion investigations.

The Planning Ombudsman will be an officer of the Parliament – absolutely independent of the Government – and accountable to the public through the Parliament.

Consistent with the operations of the present Ombudsman, it is proposed that the Planning Ombudsman provide a no-cost service to the public.

The Office will be designed to work closely with other independent integrity agencies such as the Office of the Auditor General and the Corruption and Crime Commission (CCC).

Legislation to enable the creation and operation of the Office of the Planning Ombudsman will be introduced after the integrity audit (above) has concluded its work and provided its findings and recommendations.

3. Stand up for our suburbs through smarter and fairer infill

The WA Liberal Party remains committed to the 47 per cent infill target to accommodate Perth’s long term population growth. This target was established by the Liberal Government in 2010 and was a moderation of Labor’s previous 60 per cent target.

Encouraging the delivery of well-designed and high-quality infill developments that provide real housing diversity in the appropriate locations is critical for social, environmental and economic reasons. We believe that people should have the opportunity to make decisions about where they live and how they live at all stages of their lives.

Unfortunately, the State Labor Government has adopted an ideological ‘one-size fits all’ approach to infill which has ignored the differing needs and preferences of individuals and needlessly antagonised communities.

The ‘crash or crash through’ approach by the Minister for Planning has changed the nature of suburbs, irrevocably, at the stroke of a pen. This is needless and wrong. It will stop under a Liberal Government.

The WA Liberal Party believes that there is a smarter and fairer way of delivering infill over the long term. This will be pursued in three main ways:

The ‘heavy lifting’ of accommodating a growing population should occur within the boundaries of the City of Perth and the inner city which is not yet living up to its potential.

Infill will also be more strongly encouraged through facilitating new high quality mixed use and residential developments in already identified activity centres, as well as selected strategic and specialised centres.

This means, for example, that future infill can be delivered through private sector investment in expanding and upgrading major shopping centres.

Outside of these well-serviced destinations, and major transport corridors, the policy focus should be on the delivery of quality medium density and lower-rise developments that integrate seamlessly within the existing streetscape and provide sufficient open space.

Well-planned and high-quality medium density housing in new greenfields developments will also be strongly encouraged under a WA Liberal Government. 4

(ii) No flats in cul-de-sacs

People who live in quiet suburban streets do so for a reason and their choices must also be respected.

To protect the suburban character of our quiet residential streets and to bring a stop to inappropriate infill ruining Perth’s suburbs, a future Liberal Government will change the Development (Local Planning Schemes) Regulations 2015 to put tighter and more consistent controls on infill developments in Perth’s established suburbs by:

These straightforward and sensible amendments to the regulations will be made before the end of 2021.

It is important for decision makers to maintain some sensible flexibility when granting approvals and issuing conditions for approval of development applications.

However, it is clear that development bonuses, particularly for increased height and/or additional storeys, have been granted far too easily without providing any clear public benefit.

Furthermore, some developers are very confident of obtaining bonuses in contravention of existing local planning schemes or area masterplans without making a meaningful contribution to public amenity or infrastructure.

A Liberal Government will tighten the rules to ensure that height bonuses are granted only on the basis of more tightly defined public benefits directly tied to the development footprint.

The introduction of Development Assessment Panels (DAPs) was a serious policy reform of the Liberals and will be retained by a future Liberal Government. Unfortunately, DAPs have been misused under the Labor Government.

DAPs were implemented to provide an opportunity for professional experts to assess complex and high value development applications with the assistance of local government authorities and councillors.

DAPs have also become increasingly inefficient and skewed towards assessing comparatively lower value developments such as child care centres and service stations. Forty-five percent of the current 110 applications (as at December 2020) lodged with development panels are for projects of a value of less than $5 million. The opt-in thresholds for DAP consideration is currently set too low at $2 million.

Local government authorities are structured and capable of dealing with these lower value projects and making them the responsible approving authority would provide a more direct avenue for involving local communities in local decision-making.

Many local governments also have the technical ability to assess ‘mid-range’ development applications of values higher than $10 million such as local shopping centres, commercial offices and multiple residential dwelling developments in a competent manner but are prevented from doing so due to the mandatory threshold for referral to a DAP being set at $10 million in Western Australia ($20 million in the City of Perth).

Development proposals for projects of a value of between $10 million to $20 million represent approximately twenty percent of the DAP workload across the State. These are the sorts of developments that a more likely to be of genuine community interest but are not overly technical.

Proposals of an estimated value equivalent to $20 million and above – those which might be considered ‘significant’ or ‘complex’ – such as large scale aged care facilities, lithium refineries, hospitals and malting plants, represent only about twenty-two percent (22%) of applications considered by DAPs. These are precisely the kinds of proposals that DAPs were established to evaluate but they represent only one-fifth of their workload.

A solution to restore local community involvement in decision making and improve the efficiency of the planning system overall is to set the ‘opt-in’ and mandatory threshold levels in line with the table below.

Additionally, a Liberal Government will mandate that all planning authorities publish timely notices of their meetings, meeting agendas and minutes, as well as provide plain English justifications for all planning decisions.