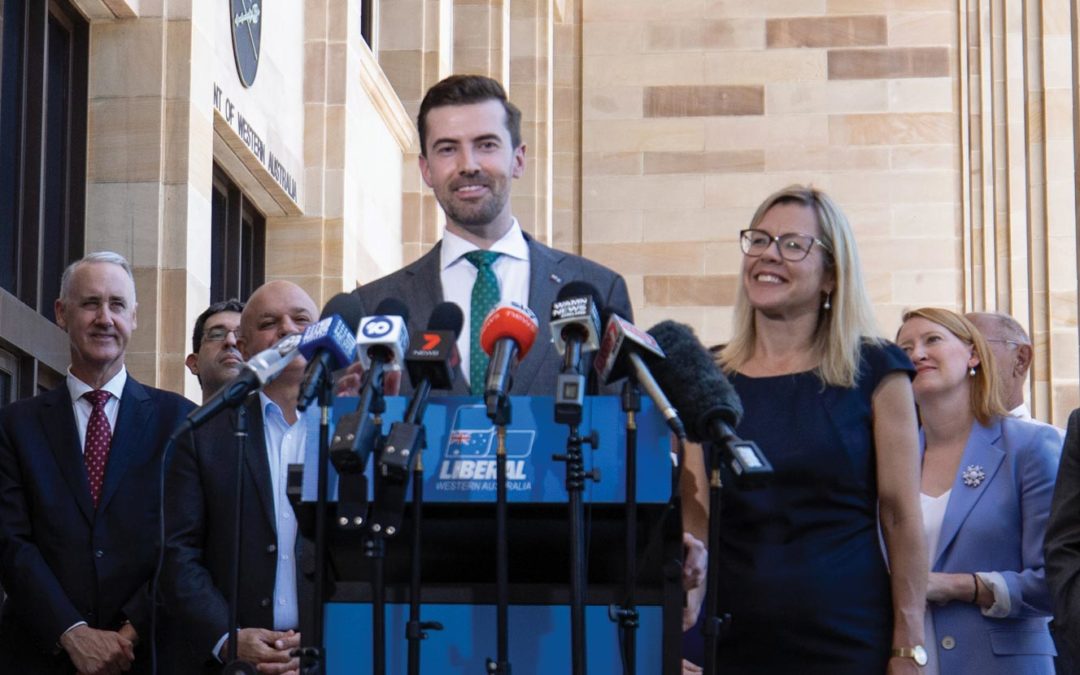 Liberal Leader Zak Kirkup has revealed a new-look Shadow Cabinet to deliver a safer, smarter today for a better, brighter tomorrow for all West Australians.

“The united Liberal team we are taking to the election will give West Australians a real choice, and a plan that will deliver hope for our future,” Mr Kirkup said.

“Our state, which has sacrificed so much during the COVID-19 crisis, deserves a bold, exciting vision for the future and that is what we will deliver in the lead-up to the election.

“We have already announced our commitment to create 200,000 new jobs over the next five years. We want to keep West Australians safe from COVID-19, safe in their jobs and safe in their communities.”

Mr Kirkup said the changes he had made to his front bench line-up put the right people in the right portfolios to make the case that WA needs to hit the ground running the day the pandemic is over, unlike Labor, which has struggled to articulate a plan for the future.

“I am confident that with 95 days until the election we have the right combination to embrace the challenge ahead,” he said.

“We are all committed to attacking our campaign with energy and positivity to show the West Australian public the exciting plans we have for the future.

“This current Labor Government has no plan for the State’s economy post-COVID-19.”

A government led by Mr Kirkup will be the first in WA history with a Minister responsible for renewable energy, with Cottesloe MP David Honey taking on the role in Opposition.

Churchlands MP Sean L’Estrange takes the reins as Shadow Treasurer from Dean Nalder, who has relinquished the portfolio after deciding he won’t contest his seat of Bateman at the March election.

“Sean L’Estrange, who has held the Finance, Small Business and Mines portfolios in government and was also an Afghanistan veteran who served as the Australian Task Force Commander’s Operations Analyst to Uruzgan province, brings both ministerial experience and real-world nous to the role,” Mr Kirkup said.

“Dr Honey, a chemist and former Alcoa executive, will develop our plan for safer, cleaner energy, which must be a critical part of our economic recovery.”

Mr Kirkup keeps the Health portfolio in his Shadow Cabinet reshuffle but will be assisted by Carine MP Tony Krsticevic.

Former leader Liza Harvey retains responsibility for State Development, Trade, Local Jobs and Citizenship and Multicultural Affairs, but will take over from Mr Kirkup as Shadow Minister of Mental Health, an important role given the enormous strain the COVID-19 pandemic has had on many West Australians.

Darling Range MP Alyssa Hayden adds Racing and Gaming to her Tourism and Small Business responsibilities, building on her work in her electorate, which is the home to a large trotting industry.